“The first thing any comedian does on getting an unscheduled laugh is to verify the state of his buttons.” W.C. Fields

While bringing our slide out in for a short move, it was about an inch short of retracting completely. Great. Just what we need.  A general inspection  revealed that mud daubers might be the problem.

Aha. Mud Daubers. I knew it. 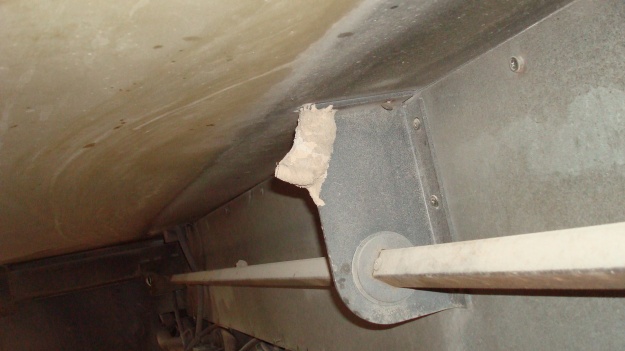 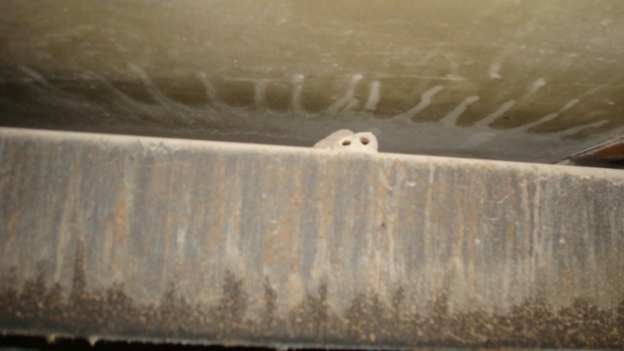 There they are. I could only find these 2 but they could be  enough of an obstruction to hinder the slide. I know they can have a negative effect on the operation of air conditioners and refrigerators. They are about to go to that big mud nest in the sky.

After I destroyed them with a hammer I carefully examined the remains. There are 3 species of Mud Daubers and one of them, the Blue Mud Dauber, captures Black Widow Spiders to use as food for their young. The spiders are kept alive for that purpose. Therefore, one must be careful when handling the darn things. Noticed remains of something but  probably not Black Widow spider’s.

Black and yellow mud dauber on the left. They can sting but generally are not aggressive. If you want more info on these creatures, check out the following link. Black Widow spider on the right.

Keep in mind that if something on the outside of your rv with moving parts quits working…….it might just be a mud dauber nest.

“Why don’t they make the whole plane out of that black box stuff.” Stephen Wright