“The other night I ate at a real nice family restaurant. Every table had an argument going.” George Carlin

What’s in a name?

It’s a fact. Football is a religion in Texas. High School football is no less important than College or Pro. No State produces more college football players than Texas. Football is serious business here.

Cities and towns give their teams names meant to instill fear and respect in the hearts of their foes.

The Gobblers. Fear and respect? I think not. An appetite maybe….but certainly not fear or respect.

The first time I saw this I thought I was seeing things. Did a double-check. Really????

Welcome to Cuero, TX………….”The Turkey Capital of the World.”  That’s what they call it. 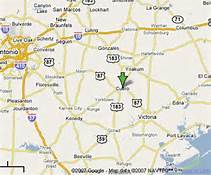 Cuero is located about 80 miles southeast of San Antonio and is the county seat of Dewitt County. 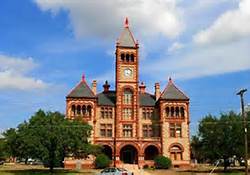 Cuero was founded in the mid 19th century and was a stopping point on the old Chisholm Trail cattle route to Kansas. Several Old West gunfights related to clan feuding took place after the Civil War.

At some point in the late 19th century Turkey ranching became big business. Why or how this happened is not explained.

In 1972, Charles Kuralt did an “On the Road” report for CBS from Cuero where he did his own Turkey Call.

Early Turkey Round Up 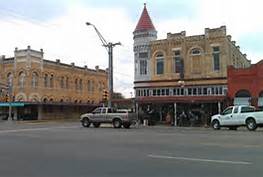 “I knew I was going to take the wrong train, so I left early.” – Yogi Bera