“Don’t believe I shall mind bein’ dead. Getting there has been a trial.” – Epitaph by Mary Doria Russell

Need to back up here. Before we spent the night in the park we did call our parents. Had them wire funds to us for the final leg home. However, the bank closed for the day before the transaction went through.

We would not be able to get the funds till the next day.

Thus – the night in the park. Cold. Damp. Miserable.

Dawn broke on a cloudy, bitter day. Still had 3 hours to wait for the office to open.

Finally, got the funds.

Back to the hotel.

Got a room. A few in the bed. One on the floor. Another on a couch. We died. Sheer exhaustion knocked us out for almost 24 hours.

European hotels serve a Continental Breakfast which consists of coffee, juice and bread. We hit that breakfast bar like Lions at a Wildebeest kill. Quiet, polite, genteel tourists looked on in horror as we devoured the entire display of food.

We left the hotel and walked to the train station. Bought tickets for Heidelberg and settled in to wait for our chariot and escape from the nightmare.

The station was very crowded and there seemed to be an unusually high percentage of soldiers and a group of people having the look of refugees. We learned later that they were refugees escaping the war in Algeria as it moved towards a conclusion.

Wow. We were witnessing history in a sense. The end of a war. A long war.

Finally the signal to board the train is given. Seemed like the entire mob of travelers moved with desperate energy and swept us towards our train.

We secured a tight spot just inside the door and in front of the bathroom. We were crammed in there like sardines but at least we were on. But……..as it turned out – not all of us.

Where’s Sam? Anybody seen Sam? There he is. Outside the door. Hanging on for dear life as we sped along at 60 mph over bridges, gorges, and through small hamlets. 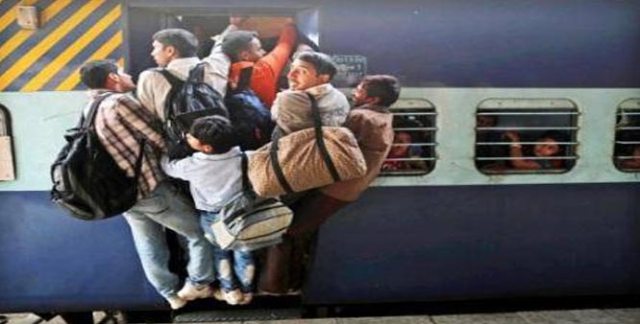 But he did make it. At the next stop we got him inside.

And thus, we finally rolled into Heidelberg.

Forever after, the actual events of that journey were embellished and shared with any and all who would listen.

And now I’ve shared it with all of you. Minus the embellishments of course. I promise.